Year four pupils at St Antony's Primary School have managed to convince an international food chain to help the homeless in Canning Town.

After weeks of waiting for a reply, the Newham school were contacted by Nando’s and told they would be signing the homeless charity up as part of their ‘Chuckin Chicken’ project.

The food chain’s charitable project aims to provide the homeless with a warm meal by donating surplus chickens to shelters across the country, now including Caritas Anchor House thanks to the primary school class.

Year four class teacher Rita Doolan, who has been at the school for four years, said: “We are extraordinarily proud of them and they are so proud of themselves.

“They had all seen homeless people in the area but thought as kids they couldn’t make a difference, but they have made such a difference to families in the area.

“They are walking with pride in their step.”

The children’s actions come as part of a Caritas week at school, a week set up by European charity Caritas, based on giving, receiving and improving conditions for the poor. 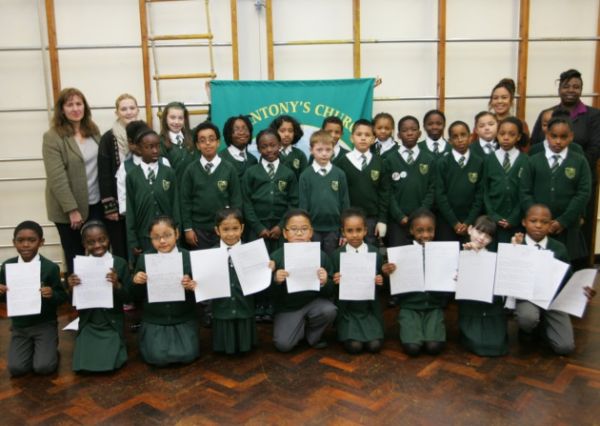 To read the full article: